Turmeric is a plant that reaches up to 1 m (3 ft 3 in) tall. Highly branched, yellow to orange, cylindrical, aromatic rhizomes are found. The most important chemical components of turmeric are a group of compounds called curcuminoids, which include curcumin (diferuloylmethane), demethoxycurcumin, and bisdemethoxycurcumin. The best-studied compound is curcumin, which constitutes 3.14% (on average) .  The rhizomes are boiled for about 30–45 minutes and then sundried. After which they are ground into a deep-orange-yellow powder.

Usage
It is one of the key ingredients in many Asian dishes, mostly used in savory dishes, but is used in some sweet dishes.
It is a significant ingredient in most commercial curry powders.
Turmeric is widely used as a spice in South Asian and Middle Eastern cooking, sometimes used as an agent to impart a golden yellow color.
Europe, turmeric became known as Indian saffron because it was widely used as an alternative to the far more expensive saffron spice.

Benefits
1. The most powerful aspect of curcumin is its ability to control inflammation.
2. It helps the body fight foreign invaders and also has a role in repairing damage.
3. Turmeric is especially effective in correcting depression symptoms in laboratory animals.
4. Diseases today such as cancer, ulcerative colitis, arthritis, high cholesterol and chronic pain can be the result of inflammation.
5. Oxidative damage is believed to be one of the mechanisms behind aging and many diseases.
6. Taking turmeric extract by mouth twice daily for 3 months reduces total cholesterol, low-density lipoprotein (LDL or "bad") cholesterol, and triglycerides in overweight people with high cholesterol.
7. Taking turmeric extracts, alone or in combination with other herbal ingredients, can reduce pain and improve function in people with osteoarthritis.
8. Taking turmeric by mouth three times daily for 8 weeks reduces itching in people with long-term kidney disease.
9. Turmeric works incredibly well to help naturally treat cancer and is especially effective at treating breast cancer, colon cancer and skin cancer.
10. Curcumin in turmeric is literally 400 times more potent than Metformin (a common diabetes drug) in activating AMPK which improves insulin sensitivity which can help reverse Type 2 Diabetes.
11. Curcumin aids in weight loss and reduces the incidence of obesity-related diseases. 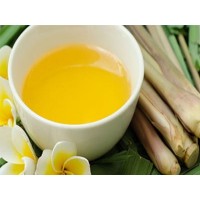 Lemongrass is an herb that belongs to the grass family of Poaceae. Lemongrass oil has a light and .. 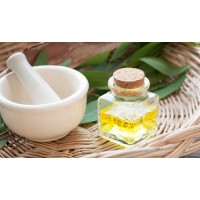 Turmeric is a plant that reaches up to 1 m (3 ft 3 in) tall. Highly branched, yellow to orange, cyli..